This is a view from Sourlies bothy, deep in a part of the Western Scotland called the Rough Bounds of Knoydart. We passed through here during our walk to the lighthouse at the top left hand corner of Britain.

The Cape Wrath trail is a hard, wet hike from Fort William that three of us tackled in three sections over three summers. For one of these trips we were joined by three of our sons who coped fantastically with heavy packs, long days and hard bothy floors.

This walk is the best way to spend 3000 calories a day,  if you have them to spare, which I did at the beginning.

Much of the route is off track so we had to follow compass headings across bogs and mountain terrain. The pace often slowed to one mile an hour.

We had to carry up to five days food at a time on some stretches, because the shops were so far apart.  The days we spent tramping through the Rough Bounds of Knoydart were especially tough.

During a New Year party, I heard Martin and Dom say something about a wild walk in Scotland,  and I mistakenly nodded,  mostly because the music was too loud.  One drunken nod and I was committed to weeks of toil.

We’ve known each other since our kids were babies and have had lots of holidays together, but you really get to know people when you’re all foot sore, tired, hungry and lost.

Martin invented the element selenium, or something,  and spends a lot of time trying to get it sprinkled on poor soils around the world.

Dom was sent to work underground in a gold mine in South Africa at the age of 17, honestly, he was. Later he went on to invented radar, or something. He regularly morphs into the funky guitar player of Fat Digester, Nottingham’s foremost providers of funk.

Martin also had a musical career of sorts, according to his cutting from the New Musical Express. Britpop’s loss was soil sciences gain.

We split the walk from Fort William to Cape Wrath into three visits.  Then those of us who had not bought a yacht also did the West Highland Way, north to south, while Dom went sailing down south. 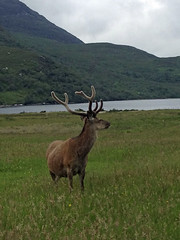 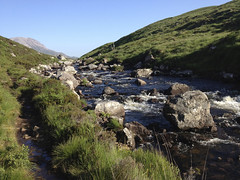 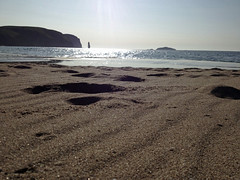 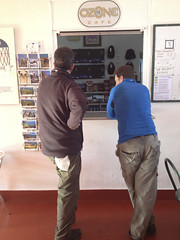 After days of dried food, the lighthouse cafe was the best shop in the world 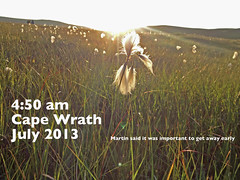 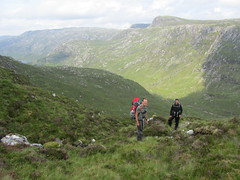 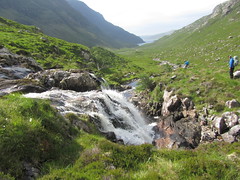 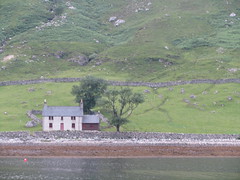 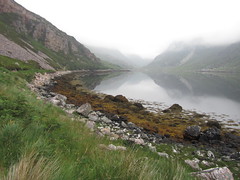 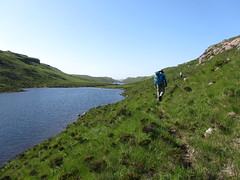 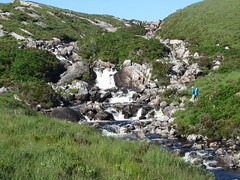 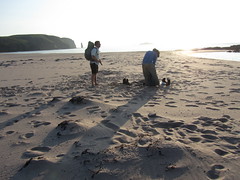 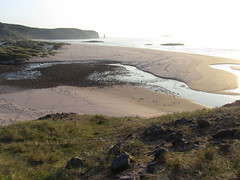 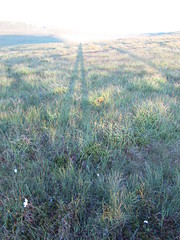 5am, Five miles from Cape Wrath 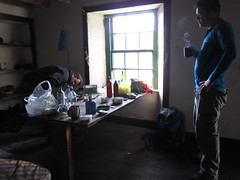 Half Man Half Biscuit sang about the region in a rarely heard song called  Tommy Walsh’s Eco House. I don’t know why. 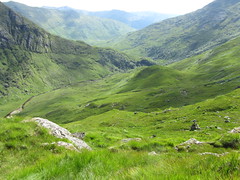 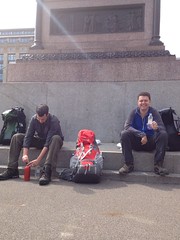 Decanting meths in Glasgow, as you do 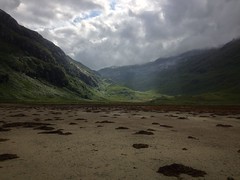 Sourlies Bothy in the Rough Bounds of Knoydart 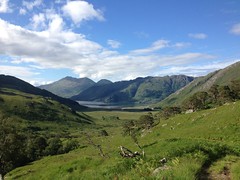 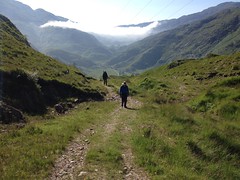 Walking out from Maol Bhuidhe bothy to Strathcarron

A service for Health and Safety Consultants